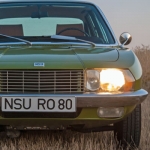 It had to be a Mercedes W114/115. Nearly 10 years ago we dared to take the step from reading the “theoretical classics” magazine to driving a real classic car. It simply had to be a Mercedes…. “the best or nothing!“. Maybe a 1950s “Ponton”, or a 1960s “Fintail”? In the end. the W114/115 series, built between 1968 and 1976 appeared to be the perfect classic car for a beginner. Dozens of buyer guides and classifieds were carefully analysed with the result that an early W114, straight six saloon or coupé would be exactly what we want. But wait…. the photo on the left does not show a Mercedes at all?… 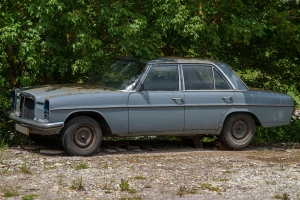 Indeed…We had visited lots of W114 all over the country. In all kind of conditions. With all kind of descriptions of their alleged condition. Filled water drains at the W114 Coupé? “That’s absolutely original for this model year...” Artistically shaped wheel arches and  sills, mainly consisting of filler, on a “top condition car”? “Well, it’s not new“. In the meantime I nearly became the proud owner of a 250CE but in the end no car really caught our heart. “The best or nothing” seemed to turn out to be noting…

And then it happened. On my way to work she passed me. With turbine-like sound and a silhouette that looked like it had been designed yesterday by a genius. With big windows crowning a wedge-shaped body like a cathedral. I stayed speechless as the car went out of sight… a NSU Ro80! Yes, the car with the rotary engine which allegedly always broke down. Are they still alive? And can they be driven like any “normal” car these days? 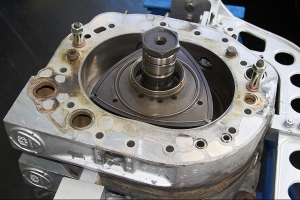 Yes, they can…there is even a very active club who cares for the remaining cars. Some of the members are still the first owners of their respective car, but there is also a younger generation enjoying the Ro80. As the Ro had always been a rather individualistic choice, some drivers are in fact as eccentric as the driving shaft inside a rotary engine. But after all that’s what makes life interesting. In any case, within no time I had piles of information to read…

The Ro80 was presented in the same year as the Mercedes W114/115 series, but what a different design. It immediately received the “car of the year” award and, similar to the Citroen DS 12 years earlier, appeared to come from a different time. Not only the Wankel engine with two rotating pistons and 115BHP was a revolutionary concept, but also the wedge shape design by Claus Luthe set the standards for the next 20 years.A total production run of 38,000 cars was built until 1977. At that time, the early engine problems had long been solved, but still the dark tales about unreliable engines continue being told. In particular of course by those who never drove a Ro80. Like the “Ro80 salute”, where drivers signal each other with their fingers how many engines their car has already consumed. Very funny indeed….ha ha…not. 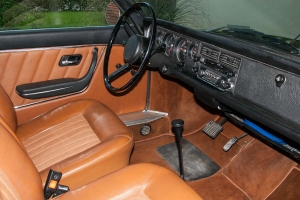 Legend has it that Claus Luthe had originally designed a very modern dashboard for the Ro80. However, after all the revolutionary developments that were already built in, the NSU management suddenly became hesitant. When the angry designer quickly drafted a very simple, square dashboard and asked if THAT is what management wanted to see, they surprisingly agreed. Hence, the ultra-modern Ro80 kept this rather sober interior throughout the years. 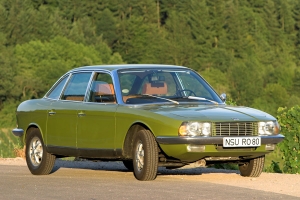 All of a sudden, things started to happen very fast. A dealer had a 1970 Ro80 on offer, wearing a rather conservative padma green colour combined with brown (cognac) leatherette interior. The car only had one previous owner and had just been recomissioned after a hibernation of nearly 30 years. Yes, one should always take along a neutral expert when visiting an old car. Yes, one should always sleep on such a decision. Nope, we just went there with a temporary license plate, did a test drive and took the Ro home. 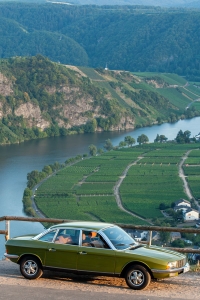 WIth a fresh MOT test (German TÜV), the Ro80 was registered in no time. The tax authorities had kindly forgotten to adapt the vehicle tax level to inflation for the past 40+ years, so the Ro is a pretty cheap car to drive. Of course only as long as ommitting its thirst for fuel… Incredible, but odd at the same time is the fact that, despite its age, a Ro80 does not really look like a classic car and neither wants to drive like one. An amazing concept, developed in the 1960s by a brave small manufacturer of motor bikes and small cars while other cars were still made with 1950’s fin tails…

Summer season went by way too fast and soon it was time to put the Ro into dry storage for the winter. First we wanted to tackle some cosmetic repairs – but that’s a completely different story…

P.S.: Referring to the Ro80 salute: Two fingers in our car’s case… she had received a replacement engine in 1973. The warranty card is still in the glove box…